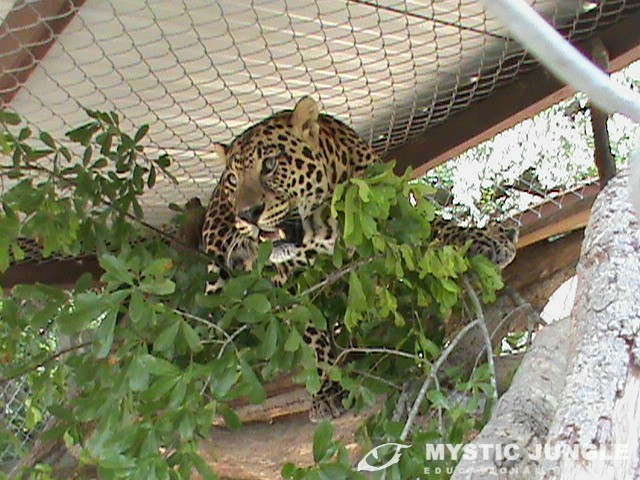 Private Owners and AZA Zoo’s- There is hope yet

I had an AMAZING week after attending the Feline Conservation Federation convention in Nashville TN. A fun-filled week that had heavy concentration on continuing education, I will definitely go to next years. I am now a credentialed Wildlife Educator!

As a private owner (yes, even if you have licenses, insurances, bonds etc, in the eyes of legislation if you are not a sanctuary or AZA zoo, you are a private owner. That is why this big cat ban is HORRIBLE!

One of our experiences was to attend a class on the breeding of clouded leopards as well as I was one of ten people that got to go behind the scenes into the clouded leopard breeding area. What a treat and thrill. But with this new found knowledge came the realization of two main topics.

First, during the discussion and slide show, it was revealed that a keeper DOES indeed take the neonates home with them! This one on one attention at one time was an elite to the private owners as the AZA zoo’s had more of a “no touch” policy.  With the no touch policy, often times even in hand raising a neo nate they had limited contact with these captive animals and after a certain age, none at all. This lead to stress in the captive animal, as well as having multiple persons handling them, what did happen is that things would be missed. Even the best keeper can forget to write something down for the next shift. This lead to a higher mortality rate. AT THIS TIME I am ecstatic to report that the mortality rate at the Nashville Zoo, went from nearly a hundred percent on the clouded leopard neonate, to less than seventeen percent with the new full contact policy.

Now understand, with this new full contact policy, there are some down falls. Ones that we have experienced for years. Bonding. Yes, like we have always stated, and this AZA zoo, Nashville Zoo, admitted is that the bond between man and beast is undeniable. They (Nashville Zoo) just had this occur when they lost a main keeper. Seems that a bonded pair of clouded leopards would allow this woman to go in and get the cubs, and do just about ANYTHING with them. But now she is leaving and they have a real problem. They are actively seeking someone else that the cats like. Stress on the exotic can be and is a killer as well as can effect reproduction. Only happy healthy animals can breed in captive situations.

Second. It was astonishing and relieving to see that an AZA facility welcomed the private sector into their facility to share their success story. Before it has always been a war between the private facilities and the AZA zoo’s. But on this visit we were treated with respect and as a colleague . With efforts from the AZA and the private sector, nothing is out of reach but it must be done as a team effort.

This new found alliance can do nothing but HELP the animals. WE need to stop fighting among ourselves as this is not about power, money or glory. It is about doing what is RIGHT for the animals and the BIG CAT SAFETY ACT is NOT IT.

Remember Mystic Jungle Educational Facility is a 501(c)3 organization that keeps their doors open for FREE. We give tours by appointment. 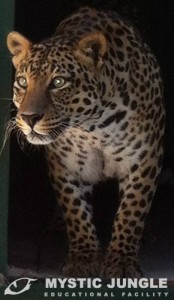 Rosie peers out at a visitor