I recently encountered a heated discussion on Social Media regarding Fish and Game charging an elderly man for “feeding squirrels”. A sweet gesture by an elderly gentleman, not appreciated evidently by his neighbors. And I get how people feel about wildlife, as I also have a hard time not letting my heart and emotion overcome what in the end is the best for not only that animal, but the entire species as a whole.

It seems often times like Fish and Game makes laws that are cruel and unjust, or are just at the bare minimum, they don’t make sense at all.

I want to share though an insight into why a few of these laws are in place. Most if not all are in place for the preservation of the species. Not just one individual animal. I will list below a few reasons that come to mind (there are so many, please forgive me if I forget a few) as to WHY it is never a good idea to interfere with Nature.  Only in extreme situations (such as a rare and critically endangered individual of a species is at risk of imminent death, some orphaned wildlife etc) should man interfere with nature.  Interfering, in this blog, is referring to feeding of native wildlife. Nature has managed despite OUR best efforts to correct a lot of wrongs we have done to life on this planet. Some of course WE have to step forward and fix the screwups.. but we did it.. so we MUST fix it! But that does NOT include “feeding” wildlife

Reason number one – Desensitizing the animal to human presence.
You might consider yourself a nature loving person and would NEVER intentionally harm an animal. But can you assure
that the next person will be as sweet? That the next person that encounters them will view them as the beautiful kind
creature that you do? When you feed wildlife, you are telling them that the presence of humans is a wonderful thing! Treats
just literally fall from the sky! And THIS will in fact endanger their very lives

Reason number two –  This second one pretty much links into the first reason. Feeding wildlife teaches them to associate humans with food.
Some even become pretty dependent upon that food source. This is in no way shape or form a good thing for that animal.
99.9% of the time, we humans are feeding them a diet that even though you TRY to replicate what they would have if they
hunted for it, will not be the same. Most times we offer foods that are processed (yes, even nuts, berries etc) to be placed
into the human food chain.
Some animals even become extremely aggressive in their demand to be fed. That little cute squirrel or raccoon can deliver
a very nasty bite. And if they encounter a human that is not aware of them being fed by people, enforcement is called
and the animal is labeled as a possibly rabid animal and hunted, due to it’s loss of fear of humans.

Reason number three – This is the last, but not at all the least. In my book, it is the most important to save the entire species, not just
“One individual of that species”
Nature has a process. It is called “Natural Selection” Since the beginning of time, Natural Selection has been in play.
Natural Selection works to assure that she strengthens the species, not weakens it. This assures the survival of that
species as a whole. This sounds horrifically cruel. As I was once told by a good friend. “Nature is not cruel. Just
indifferent.”
As discussed in the top two reasons, feeding wildlife actually can and does endanger that particular animal’s life.
It also endangers the species as a whole.
Nature is designed that it is survival of the fittest. The strongest, smartest, fastest etc, live long enough to procreate and
pass those genes on as well as show their offspring the rules of survival.
When you feed wildlife, you are allowing a large amount of individuals that nature would not want in the gene pool to
procreate, thus effectively weakening the entire gene pool.  Now also add onto that fact that those that were not meant
to survive in the wild on their own have now became dependent upon man (and let’s face it, not all humans are kind) and
are going to teach their offspring to be dependent.

In closing, I ask that if you TRULY love wildlife, avoid feeding them. You can do many other things that help wildlife survival. Leaving water
down in droughts (remember I stated in extreme circumstances and yes, this is one), hard freezes, wild fires etc. If you have land, leave a portion
of your property that is “wildlife friendly” (trees, grasslands etc). Donate to true conservation efforts, and last but not least, if you find an orphaned or injured wildlife, call a licensed rehabilitator.

We here at the Jungle stand firmly on “If they are born in the wild, they need to stay in the wild” 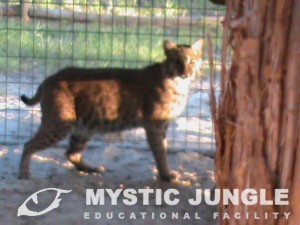 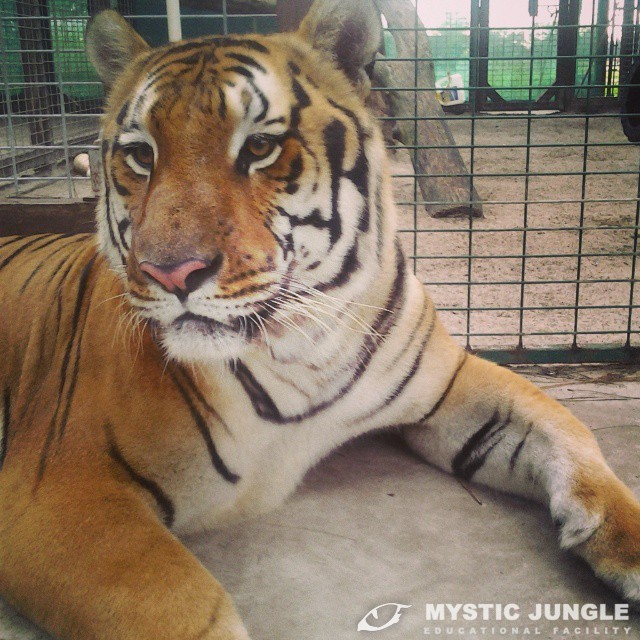