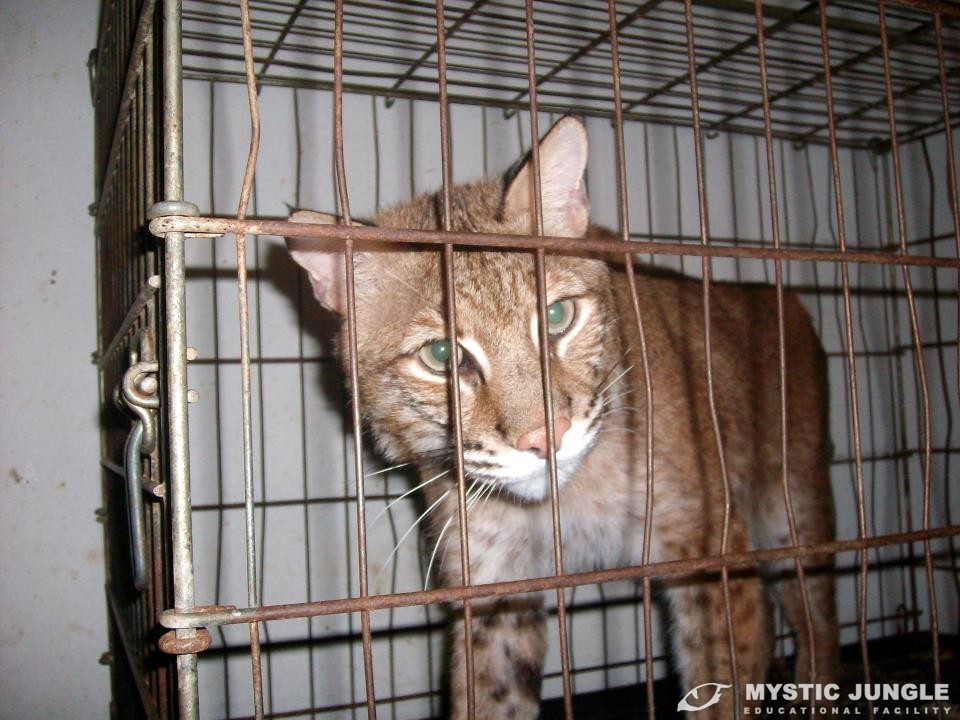 We got an email from fellow wildlife lover and rehabilitator John Schwake of Bobcat Refuge and Rehabilitation. John wants to place Bob in a permanent home where he will be safe forever. He chose us and we are truly honored. It is no easy task taking on what John does. The general public does not realize that rehabilitators do not get compensated from the states that they reside in and most support it by putting their own money in most of the time and/or donations (and from personal experience unless you pay for BIG advertisement, and who has the money for that?, are few and far between!)

Here is Bob’s story. We do not EVER embellish the truth to make things sound better for donations. This sad story is straight from the owner of the facility. Mystic Jungle prides themselves on being open, honest and maintaining a safe and happy environment for it’s residents. Upon arrival here Bob’s care will continue throughout his life as he needs life time medication. Please read:

Bobby CANNOT be released. But Bobby is ALL bob cat and will need to have medication for the rest of his life. From the owner of the facility:

We are currently asking for donations for his travel expenses. This will cover his fuel and any unexpected problems (flat tire etc). All the rehabber is needing is $500.00 to bring Bob from Arkansas to Florida.

Will you PLEASE consider a donation today? No donation is too small… even 5.00 helps! ! 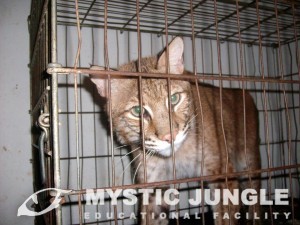