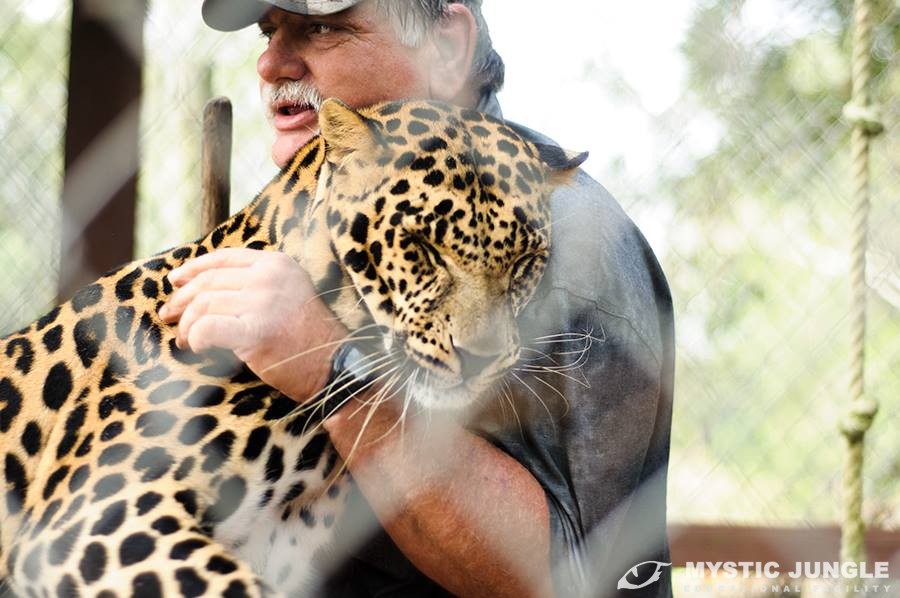 As some of us welcome in the new year, our fellow Americans in Ohio that own exotics face a grim reality. One that no animal lover ANYWHERE wants to even imagine facing.

For those that have followed my articles, Ohio just went over the top with their regulations against the ownership of exotic animals. Requiring them to build more extensive caging, get insurance (trust me the insurance is enough to choke a horse. We have to have it here) microchipping, neutering, (For line by line details on this please read my article “The Day the Animals Cried” ) etc. Seem simple enough right? WRONG.

Now you take the fact that exotic animals stress VERY easily. They bond with their owners hard. So a LOT of the requirements such as microchipping, neutering etc, require anesthesia. With dogs and cats, microchipping is as easy as one two three done. Not so with a big cat or even a small monkey. They have to be sedated. Neutering of course not only requires anesthesia, but the older the animal the more at risk from complications from the surgery itself as well as the fact that there is now a leading study out that suggests that neutering big cats can lead to premature arthritis due to the laxity in the muscles from lack of testosterone (as well as hip dysplasia)

The state of Ohio promised “breeding permits” Well there is no breeding permit except if you are an AZA zoo or affiliate and USDA. AZA does not encompass ALL rare and endangered species. They cannot. They share collectively what species to save and as stated in my previous article have to make choices on WHAT species to save.  AND when a zoo states an animal is of unknown lineage is why they cannot breed it, it mostly refers to species such as tigers for the most part. Stating that because many tigers today are mixed sub species. But your standard leopard such as the Asian or African, are the same sub species. And most if not all exotic animal breeders keep personal records on who the parents are, and the parents parents etc. So in effect they have “stud books”  So this “propagation permit” is a joke. A back door ban on breeding.

I am also getting first hand information on the ones that are stuck in Ohio. Two weeks before this law took effect, the ones that were told they WOULD be exempt, were notified that they ARE NOT.

The state of Ohio also has not issued ANY permits to the ones that have managed to complied as of YET!

Wow.. execution. Pretty powerful word eh? Well, think about this. The facility that was built to the tune of 2.9 million dollars only houses THIRTY animals. There are literally thousands of exotics that they have locked inside the state (and yes, they are LOCKED because if they try to cross the state line without a health certificate the animal can and will be seized and if they make it out upon entry to another state they can and will be seized) the state of Ohio. The only EXEMPTED sanctuaries are GFAS (another PRIVATE entity) and they are claiming FULL. So what do YOU think will happen with no place to go. This in effect is what a back door ban does. They slide around the words BAN to make you THINK it is all well and good. Regulation can be a good thing right? But with regulations that are so difficult that they are impossible to comply with, and there is double speak in the law.. it is a BACK DOOR BAN PERIOD.

As my colleague put it so well. They had them build all these new cagings. They (Big Cat Rescue, Humane Society of the United States, Jack Hannah, Born Free et al) claim it is in the name of public safety. Well just look at Zanesville they cry! Well, the end story is those animals at Zanesville were RELEASED. You can build a multi million dollar facility, but it is all for naught if someone releases the residents. Those animals did NOT ESCAPE.

So now, Ohio legislators, I, as well as THOUSANDS of citizens and animal lovers are watching. Was the blood of those forty-nine Thompson animals not enough for you? We are watching.. in fact THE WORLD is watching. Show us you have the capacity to reason and act with logic. Leave these animals with their owners.. the only homes they ever knew. Repeal this ridiculous, murderous law before it is too late and you have more blood on your hands.