Sher Khan was born here at the facility. Born September 4th 2010, he is the full brother to both Fury and Keeper, He is an Indian ( Panthera pardus fusca) melanistic leopard.

He is the most laid back of all the big cats. But don’t let that laid back attitude fool you. Pound for pound that Leopard is the strongest of the big cats and Sher Khan is all muscle. His brother and him weigh in at a whopping 150# and could easily get larger. They had pre-natal care, have had the best diet, regular de-wormings, vaccinated and both are microchipped. They are ready for line sharing if needed. I may be prejudice but I happen to think we have to two finest looking Leopards in the country!

Sher Khan as well as all the cats here at the jungle are fed a diet of beef, chicken and pork. Meats that you can purchase in a store and fit for human consumption and have consisting of animals that have already lost their lives in the human food chain.

In the wilds of India, he would prey upon just about anything that moves from hooved animals to primates. This can account for the constant conflict now in India as the Leopard is quite intelligent and observational learners.

People are creatures of habit. They usually take the same paths, go to bed at the same time, drink from the same well and all a cunning leopard has to do is watch for a while and he has the pattern. If there is a conflict between man and leopard the day time attacks mostly are accidental. The leopard is generally just on the move through the area and happens upon the humans. The villagers panic and charge at the leopard in mass. This causes the leopard of course to go on the defense and unlike the tiger or lion, that will focus on one person as the aggressor and not come off, the Leopard shares the wealth in injury and/or fatalities. They have surveyed everyone in that lynch mob and pull what I call the “Jackie Chan” and attacked a record number of persons.

Your night time, entering of the homes and snatching people from their beds is definitely premeditated and the cat most likely is one that is ill. Men are very rarely attacked unless the leopard is being attacked itself, as they like to take on the prey with the least resistance. Woman and children are the most vulnerable and at the greatest risk at early dawn and dusk hours. The leopard leaps from it’s hiding place, with the speed of a bullet, jumping onto the neck/spinal area and biting down severing the spinal cord and suffocating the victim. 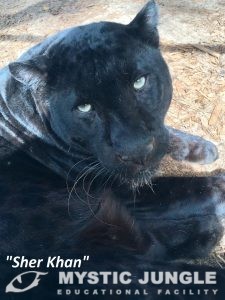