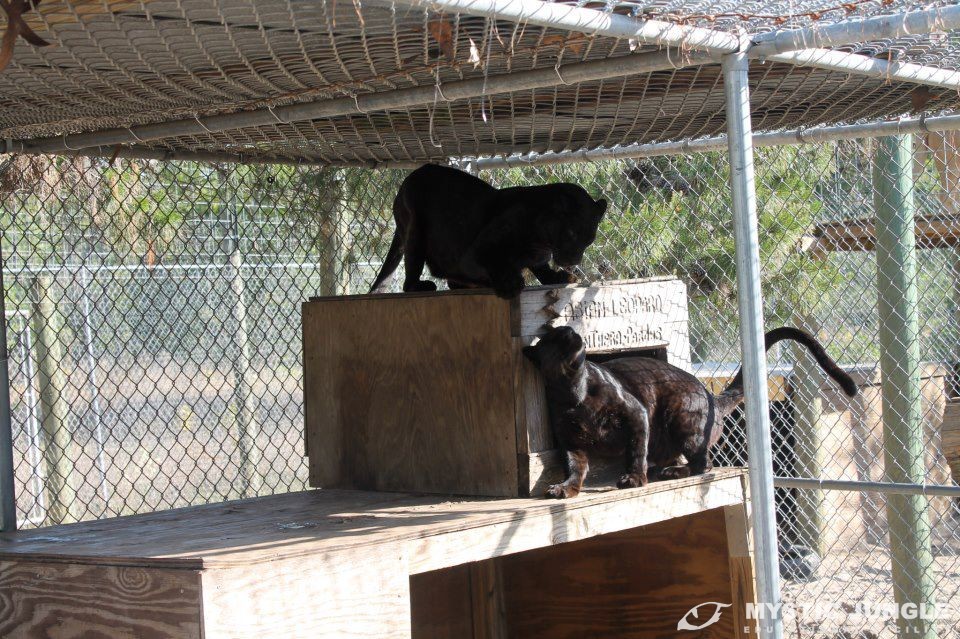 As everyone knows Mystic Jungle is committed to the conservation and preservation of the Asian Leopard.
In order to diversify the gene pool it is necessary to “line share” with other facilities. Our very own Sampson is on loan to Single Vision Inc to breed with the female Sita. This is imperative that we focus on this species of big cat at this time. Why? Please read:
In India a decade ago there were over 8,000 Asian Leopards with a human population of 1,045,845,000. India is now the second largest populated nation in the world. In 2011 (last census taken) the Asian leopard population is down to 1,150 with the human population up to 1,210,193,422. With this increase of population is the need for more resources such as water plants, crop fields, electric plants etc which leads to deforestation. Pair that with the fact that poaching (the taking from the wild for their BODY PARTS such as nails, pelts, teeth, penis etc) and human/leopard conflicts are now at an all time high and it is a grim outlook for the Asian Leopard in their native land.
A leopard takes 18-24 months to sexually mature. The Leopardess will mate and carry 91-93 days with the result of 1-3 cubs. The mortality rate is 50% on the cubs from natural predation (snakes, other big cats etc) and the remaining cub(s) will remain with the mother until it becomes 18-24 months.
So it takes TWO YEARS for ONE leopard to reach maturity and they are being eradicated at the rate of FOUR A WEEK in India.
This is WHY captive breeding programs are so important here in the US! The AZA does NOT breed them nor have they been placed on the SSP. The AZA is an accrediting organization not a governing body and they dictate how many of a species and what species that can bred COLLECTIVELY among their member zoo’s. The private facilities such as Mystic Jungle Educational Facility Inc. and Single Vision Inc, are the only hope this cat has of survival.
Send good thoughts that the result is a healthy litter of Asian Leopard cubs!! 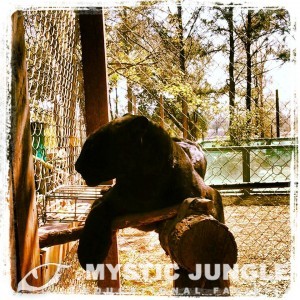