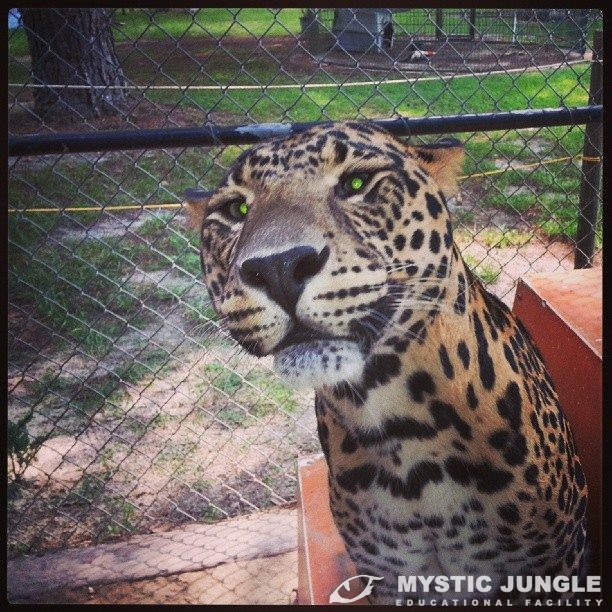 “Let Them Be Free” – Educating the uneducated

If I have seen it once, I have seen it at least THOUSANDS of times. Someone sees a picture of a big cat in captivity, and they begin the chant of “They belong in the wild”, or “Let them be free”.

I have tried to be nice, but now the gloves are off. I am beginning to find out that the nice and polite way of trying to tell people the truth is not working. I have to now cut through the chase, and shoot straight from the hip. So how does one educate a population that is so far removed from reality? A generation that relies on what they see in the movies or read on line in forums and driven by passion, not facts?  A generation that has never worked hand in hand with nature, or on a farm. They live in apartments, or suburbia. They romanticize the idea that they can stop the evils of the world at the switch of a button by clicking that on line petition. And if someone says they are an expert and talks a good talk, well, they believe them. This is a tough nut to crack indeed.  And for those of us that HAVE done our homework (researched scientific papers, studied traffic reports, census reports, etc) it is EXTREMELY frustrating.

The people chanting this, have not taken the time to do any of their own homework. They relied on others to do it for them and we all know how that can work out. The worst offenders of mis information is the news media. (Oh say it isn’t so!)

In a recent report, on Yahoo news a reporter cited that there were over 10,000 tigers in Texas? WHAT? http://news.yahoo.com/uruguays-montevideo-zoo-giving-away-big-cats-173048553.html  And this is cited by someone in another country, and supposedly that used to work for a group that has actual figures… IN POACHING NUMBERS (remember poaching means the harvesting of BODY PARTS) And let us not forget the fact, that we here in the world of big cats know that you do not pay those kind of prices for tigers. Other big cats, yes. Tigers NO. So if the quotation of the costs of tigers is incorrect, and the figures that the WWF (World Wildlife Fund) has given these people is incorrect, what else is?

Think about this folks. That would mean that there are almost 1/10th as many tigers as horses in Texas!  And just where are these tigers? And where did they get these figures? Who did that census? You see, most times you can de bunk a news article by simply looking and asking for citations. A good article will tell you where they got their FACTUAL information. A good reporter also does not let you know through their writings what side of that proverbial fence they are on (un like me as I am not a reporter, but a writer simply trying to get the truth out there) . A good thing to utilize also in getting through these often biased reports, is to use common sense and math, as well as IF a source has been cited on the report, is that source from a biased organization such as an organization trying to end all privately owned facilities? If so, you can bet the numbers are pulled from thin air. You want to look for references such as scientific papers and/or census bureaus. Stick to facts not emotions.

Now onto the “Let them be free” or “They Belong in the Wild” rhetoric. These people have not researched the fact that at a very rapid rate, the land is being decimated and habitats are being destroyed at an alarming rate. Factors such as soil degradation http://www.globalchange.umich.edu/globalchange2/current/lectures/land_deg/land_deg.html , deforestation, farming etc all play key roles in the elimination of these big predators. Remember if there is no area to graze for their prey, then there is no life base for the predator. Then you have the poaching. And as much as I hate to say it, in areas that legal hunting is allowed, these big cats are holding their own. But in areas that they are supposedly protected they are being wiped out at an alarming rate. This only lends me to once again believe that when something is banned, it makes it all that more valuable on the black market, and in the end, what was meant to be protected, could end up exterminated.

These people also believe that the people that have the cats in captivity have “stolen them from the wild”. They have not bothered to investigate ANY facts on big cats in captivity. Such as the fact that the big cats here today in the US are the direct result of over 15 generations or MORE of captive breeding programs. Nor the fact that CITES, that was implemented in July of 1975 does not allow for the importation/exportation of rare and endangered species except to some universities and accredited zoo’s.

Nor have they researched the facts of what is left of the wild. About the only real wild left is in Africa and even it is in patched out parcels.

So how do we, as wildlife educators, combat against such out right lies? This is a tough one, as you are not only battling with emotion with these people, but cultural upbringing. Remember I stated that today’s generation has removed themselves from the reality of wildlife, or heck for that matter, agriculture all together. They live a life, where if they want something, they go to the supermarket and get it. They romanticize the thought of Born Free. For that matter, we all do. But there are those of us out there, in the front lines, taking the heat, trying to get the message out, that if we do not have these cats in captivity, the reality is… they will become extinct in less than a decade. The Asian/Indian Leopard will become extinct in less. In fact, people do not realize that there are THIRTY SIX species of wild cats and that HALF of them are in danger of extinction! Why? Because they are not as romanticized as much as the big cats.

We don’t put ourselves out there with a big bull’s eye on our foreheads for the fun of it, trust me. Do people really think we do this for our egos? That I love to get on line and see someone begging a facility to “Let them be free” or Tell them “They belong in the wild” and as moral consciousness dictates for me, I must combat the statement with facts, causing me more stress? That I like working 24/7/365 in the rain, heat, cold, freeze, sick or healthy, no matter what they must be taken care of? I don’t like it, I do it because I LOVE the animals and because it is necessary to save not only these cats, but future generations. People that quote “Conservation means that you are rearing them in captivity to release in the wild” only see what is in front of them. The right here and now. What we see is an animal that through it’s entire make up courses the valuable DNA that someday, not them, but their offspring, will be free… and all through captive breeding programs.

So to my fellow educators, DO NOT GIVE UP. Repetition, repetition repetition.  To those that are reading this that did not know, thank you for taking the time to perhaps expand your knowledge before you get online or in a real life conversation quoting mis information. The future of these cats begins with YOU 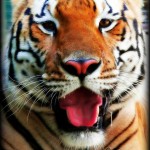