How Did I Get Where I Am Today?

I often sit and wonder how in the world did I end up where I am now.

Born in a small town in Florida, the sixth generation Floridian, and my father one of the original “Florida Crackers” driving cattle across the unfenced lands of Florida, I was raised to be a “cowgirl”.

I did the gammet of barrel racing. I was a yahoo rider for many many years. In fact I will tell people that I have ridden almost my entire life but learned to ride at the age of 31 years of age. Sharon Camarillo and Shirley Ankum put me in my place. In fact they made me cry. But it made me mad enough to push myself to do better and as a result, my horse and I went on to the World Championships and became a TEAM. I learned the ART of barrel racing (Approach, Rate, Turn) I learned HORSEMANSHIP from the ground up. And I also learned that barrel racing, true barrel racing is in fact in itself, if done correctly a form of dressage. The infinate training levels that are between man and beast.

I was so passionate about my horses then. I bred only the best to the best. To me second place was the first loser and I went at it with a vegenence.

Then I moved to Live Oak. The market of horses went down the drain. Even a GREAT barrel horse that once sold for 40,000 dollars could now be had for less than 10,000! I had to work long hours to make one quarter of what I made down south.

During all this time I had animals of all kinds. I was never prejudiced when it came to my love of animals (well except for things that slither and have more than four legs.. LOL) and had even mentored under an exotic veterinarian down south to get my Class II and III primate license. Being the wise one that I am, after I got my license, I decided to NOT get a primate as it is like having the infinite two year old.

Then my dear husband made the announcement that we were getting some big cats. These cats were not in a crisis situation so to speak. They just needed new homes as the owner was retiring due to health problems. Mark had mentored under him, and the cats that were to come were the ones that meant the most to the man. And Mark had promised the man that he would take them should the need ever arise. Well the need arose.

Now mind you, I at the time was TERRIFIED of big cats. (I am STILL RESPECTFUL of them today and everyone SHOULD BE!) and wanted nothing to do with them. But my dear hubby is a very smart man.

On Thanksgiving day of 2009, I am in the bathroom, blow drying my hair, when all of a sudden from behind my calves are butted and there is this weird “huff huff huff” sound.. HUH? I turned around and there, at the end of a loose dangling leash was the most amazingly sweet BIG tiger cub I have ever laid eyes upon. Spike had arrived.

When people tell you that it is harmful to the cub to allow “photo shoots” I must argue with them. Human beings are of the type that they must touch, feel, hear, and smell something, be it animate or inanimate in order to understand and care about something. When I looked into those eyes, my heart melted. Spike broke the ice for what was to come.. the biggies… the infamous LEOPARDS.

Now I knew Chewy and Cheyanne were coming, and I had really no problems with that other than the fact that they were older cats. And again, I must state I am not against having older cats, other than I know my time with them will be cut short. I hate the partings.  But the leopards were another story. I  had read up on all the big cats and from what I had gathered the Leopard was not one that anyone would really want to deal with. Pound for pound the strongest of the big cats, the most cunning and the most deadly. I was NOT looking forward to their arrival. My poor father was also worried and wore a gun on his hip when he was doing the chores around the ranch, after the arrival of Rosie and Sampson.

Sampson was the first to break the ice with us. My father was givng a tour and had his back to him. Sampson managed to get his paw through the bars and just laid his paw on my dad’s shoulder. My dad about crapped his pants but did not panic. (Sampson was de-clawed sometime before we got him) He turned around and asked Sampson if he had lost his mind. To that Sampson replied by runing around like a kitten, then throwing himself onto his back and rolling around like a fool! As soon as Sampson warmed up, then Rosie began to get friendlier and friendlier. As I watched these two, like an old married couple I began on a journey that will continue unto my death bed.. the love and respect of this magnificent animal called the Leopard.

Rosy and Sampson had been paired for sometime and evidently thought to have became barren…. HA! Shortly after arrival, Fury arrived. Of course we were not set up for a nursery as breeding was the furtherest thing from our minds, so Fury slipped out of the den box, underneath it and was there anywhere from 24 -36 hours unbeknownst to us. When we found her she was dehydrated, sickly and very very critical. I rushed her to my clinic and well… from there the rest is history.

Like my passion for the horses, my thirst for knowlege drove me to find out more and more on this big cat. What I found horrified me. The Asian Leopard being killed off faster than they can reproduce.

India is the worlds second most populated nation. The US census bureau estimates them to be the worlds biggest populated by 2025!! Just a decade ago, Leopards numbered over 8,000 and as of 2011 they are now at 1,200 ! The year 2013 is looking pretty grim now also… we are only into the first of a third month for this year and they estimate the leopard deaths through poaching, human/leopard conflict to be already at 25-50!!

A leopard takes 18-24 months to sexually mature. The leopardess will breed then carry a litter of 1-3 cubs for 91-93 days.

After the delivery, the 1-3 cubs face a mortality rate of 50% from natural predation. That leaves 1.5 cubs statistically. That 1.5 cubs will remain with the mother until THEY reach sexual maturity and are hunting on their own. During that time the mother will not seek to re-breed. So that is 1.5 cubs produced in 18 months to two years and they are killing them off at the rate of at LEAST four a week… do you think the leopard in India will be around in 2016, heck for that matter.. 2015?

AZA zoo’s do not breed them. They only breed the Amur and Snow leopards. Not that they are not worthy also, but the AZA is a accreditation NOT a governing body. When you become a member zoo you must abide by their rules and can only breed what they say you can and all the collective zoo’s only have so many “cage spaces” allocated to so many species. THAT is why the private sector is so vital in the conservation of MANY of the big and lesser cat species. As they say it takes a village to raise a child.. it takes a nation for conservation and preservation.

So think about this before signing that next petition to ban private big cat ownership. The word “private” is very broad and it encompasses places such as ours.. but also private owners that have contributed a LOT to the gene pool of many threatened species!! The AZA zoo’s CANNOT DO THIS ALONE!!

The SSP is NOT the final answer on their survival. WE ARE!

What man does not understand, he fears. What he fears, he destroys. 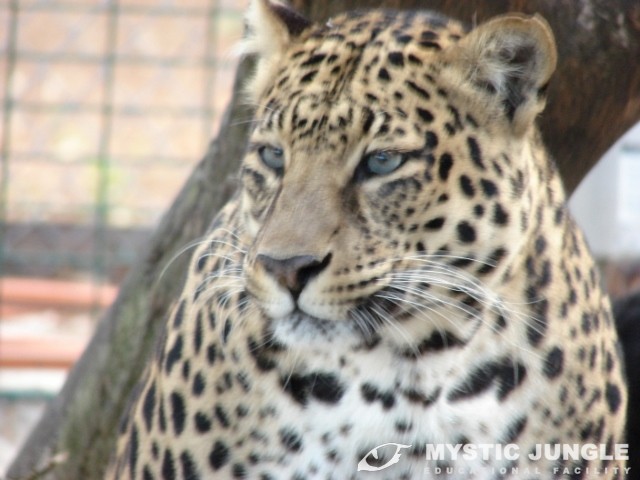 Matriarch of all the Leopards 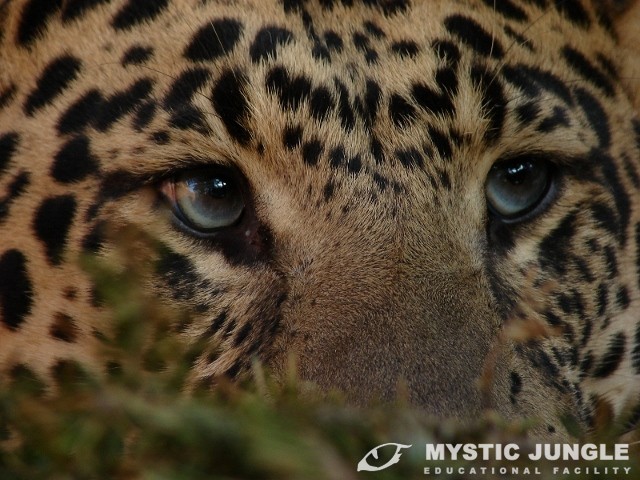 The Eyes of the soul 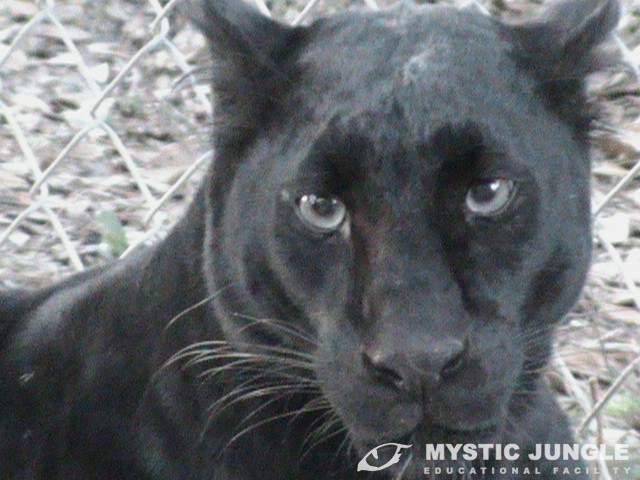